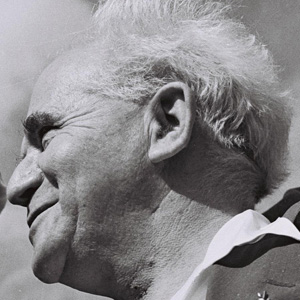 Historical figure who led the fight for Israeli independence and served as the country's first Prime Minister from 1948 to 1954 and then again from 1955 to 1963. He also served Israel as its Minister of Defense and worked to improve relations between Israelis and West Germans.

He was arrested during the Russian Revolution in 1905 and would late move to Palestine.

He earned the title of 'Israel's founding father,' as a result of his instrumental work with the Israeli Declaration of Independence.

He had three children with his wife Paula Ben-Gurion.

David Ben-Gurion Is A Member Of