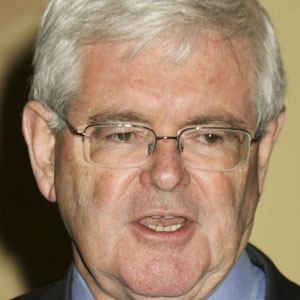 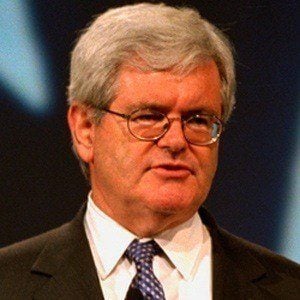 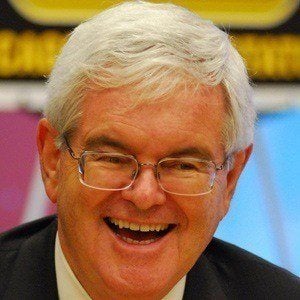 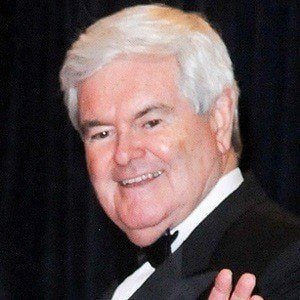 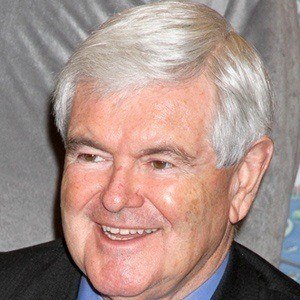 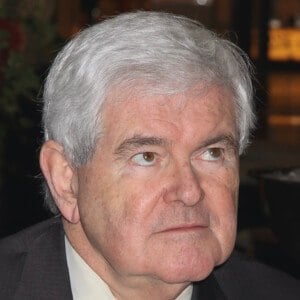 Republican Speaker of the House from 1995 to 1999, when he resigned in disgrace after being disciplined by the House for an ethics violations. He ran an unsuccessful bid for President in 2012 in which he infamously expressed a desire to build a colony on the moon.

He earned an M.A. and PhD in education from Tulane University in New Orleans before losing a bid to represent Georgia's 6th congressional district in 1974.

While he was House speaker, the House enacted welfare reform, passed a capital gains tax cut in 1997, and in 1998 passed the first balanced budget since 1969.

He married his third wife, Callista Gingrich, in 2000 and he has two daughters named Jackie Gingrich Cushman and Kathy Lubbers. His half-sister is Candace Gingrich-Jones, an LGBT activist.

He ran against Mitt Romney for the Republican bid in the 2012 presidential election.

Newt Gingrich Is A Member Of