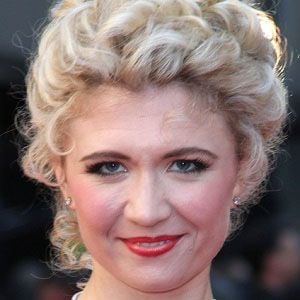 Notable for her roles in Broadway productions of Mary Poppins (2008-2009) and A Gentleman's Guide to Love & Murder (beginning in 2013), this accomplished stage actress and singer is also well known for her work in West End (London) stagings of the musicals Singin' in the Rain, Candide, and Chitty Chitty Bang Bang.

When she was eight years old, she voiced Matilda Wormwood in an audio cassette version of Roald Dahl's classic children's novel Matilda.

She earned an Olivier Award nomination for her work in a 2006 Regent's Park Open Air Theatre production of HMS Pinafore.

Born in London to a family of performing artists, she is the daughter of musical theater performers Cherida Langford and Sandy Strallen; the niece of stage and screen actress Bonnie Langford; and the sister of actors Zizi, Saskia, and Summer Strallen. In 2010, she married theatrical music director Nicholas Skilbeck.

From 2005 to 2006, she and Gavin Lee co-starred in the London production of Mary Poppins.

Scarlett Strallen Is A Member Of