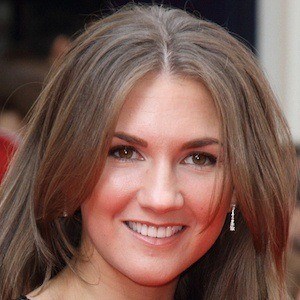 English actress known for her roles in London stage productions of The Sound of Music, Love Never Dies, and The Boy Friend.

She started dancing when she was just under two years old. She later attended The Arts Educational Schools, London.

She was nominated for an Olivier Award for her role in the 2011 production of Top Hat.

Her parents, Sandy Strallen and Cherida Langford, performed in the original London production of the popular musical Cats. Her three sisters -- Saskia, Zizi, and Scarlett -- also had acting careers.

In February of 2008, she replaced Connie Fisher in a production of The Sound of Music.

Summer Strallen Is A Member Of