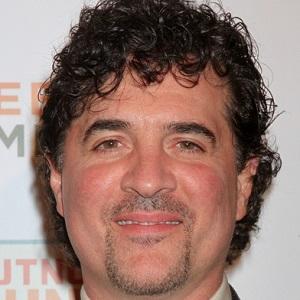 California-born entrepreneur known as the founder, President and CEO of Big Machine Records. He famously discovered country-pop superstar Taylor Swift, who was the first artist signed to Big Machine.

He played bass in a country rock band.

He is an avid race car driver and his passion for racing inspired the name of Big Machine Records.

His father, Mike, worked as a promoter for notable record labels like Capitol Records and Mercury Records.

His Big Machine Records label signed Taylor Swift, who would go on to win Album of the Year at the 2010 Grammys for her album Fearless.

Scott Borchetta Is A Member Of