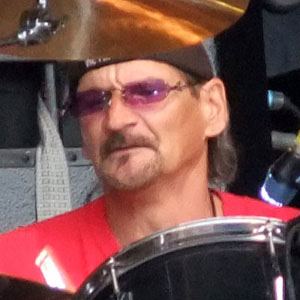 He started playing the drums at the age of six, going on to work with local bands like Hell Hostage.

He named his custom drum kit the Drums of Doom.

He divorced his second wife, Kathy Recupito, in 1998; he has a son named Corey and a daughter named Teresa.

Before his death, he was bandmates with Karl Logan in Manowar.

Scott Columbus Is A Member Of