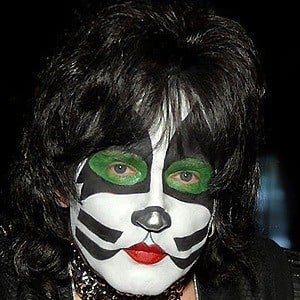 American rock drummer best known as the Catman for the hard rock group KISS, replacing Peter Criss. He has appeared on more than seventy-five albums and eleven EPs.

He began to play the drums when he was a child. His first professional gig was drumming for Lita Ford in 1984.

He made a cameo in the film Nightmare on Elm Street 4: The Dream Master.

He grew up in Cleveland, Ohio. His father was a big band leader.

He used to play drums for Alice Cooper's band.

Eric Singer Is A Member Of