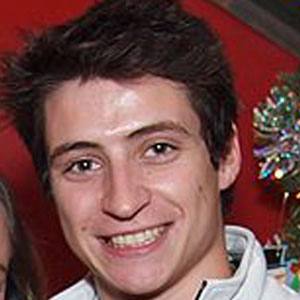 Canadian ice dancer who became the 2010 and 2018 Olympic champion alongside his partner Tessa Virtue. They also won silver at the 2014 Sochi Winter Olympics. In 2010, he and Tessa became the first dance team to receive at perfect 10.0.

He began skating alongside Tessa Virtue in 1997 and they had early success winning a bronze medal at the 2002 Canadian Championships.

He has two older brothers named Danny and Charlie. He also has cousins Sheri and Cara who competed at the 2007 World Synchronized Skating Championships.

He is a rival of Olympic skater Charlie White.

Scott Moir Is A Member Of