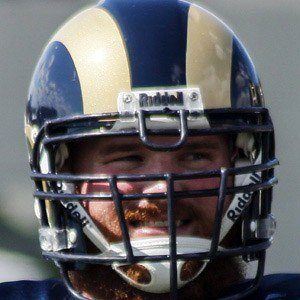 NFL center known for his time with the Green Bay Packers and St. Louis Rams. He won Super Bowl XLV as a member of the 2010 Packers team.

He was a two-time wrestling champion as a high school student in Tennessee.

He was teammates with MVP quarterback Aaron Rodgers on the Super Bowl-winning Packers team of 2010.

Scott Wells Is A Member Of