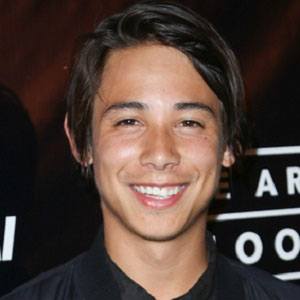 Emerging skateboarder who was named Transworld Skateboarding Magazine Rookie of the Year in 2009. He also won the 2011 Street League Skateboarding championship.

He began skating at a young age with his older brother in Kansas City.

He gained fame and sponsorships from Nike and Girl because of his original skateboarding videos.

He has two older brothers named Justin and Chris.

He gained skateboarding fame as a teen, much like X Games gold medalist Nyjah Huston.

Sean Malto Is A Member Of