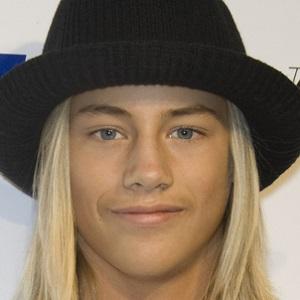 Professional skateboarder and television actor best known for his role as Shaun Yost in HBO's "John From Cincinnati." As a skateboarder, he has been affiliated with brands like Spitfire Wheels and Independent Trucks.

He was born in Orange County, California into a family of surfers.

He was a featured skater in the skate video "The Next Invasion" in 2003.

His father is professional surfer Christian Fletcher. His mother's name is Jennifer.

He co-starred with "Married With Children" actor Ed O'Neill on the short-lived series "John From Cincinnati."

Greyson Fletcher Is A Member Of