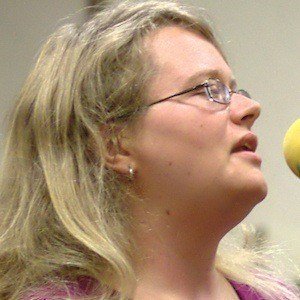 Widely known for her October Day and InCryptid urban fantasy/horror novel series. In 2010, she was awarded the John W. Campbell award for Best New Writer for her work on the Rosemary and Rue novel, which was the first in the October Daye series.

Shortly after publishing her debut novel Rosemary and Rue, she took on the pseudonym Mira Grant. She has published various works under that name since, including 2010's Feed.

In 2013, she was nominated for a Hugo Award for Best Novel for her work on her 2012 novel Blackout. She published her 5th book in the InCryptid book series, Chaos Choreography, in March 2016.

She was born and raised in Martinez, California.

She joined Isaac Asimov, the eventual winner, in being nominated for the 2013 Hugo Award for Best Novel.

Seanan McGuire Is A Member Of