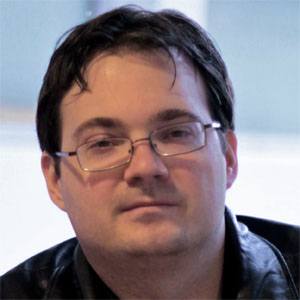 Known for finishing Robert Jordan's epic fantasy novel series Wheel of Time. He also wrote the Mistborn series and the 2010 novel The Way of Kings.

He studied at Brigham Young University and worked as an editor at the magazine Leading Edge.

He created the podcast Writing Excuses with authors Dan Wells and Howard Tayler.

He married Emily Bushman on July 7, 2006 and they had three children together.

He wrote three novels, The Gathering Storm, Towers of Midnight, and A Memory of Light, to complete Robert Jordan's novel series The Wheel of Time.

Brandon Sanderson Is A Member Of