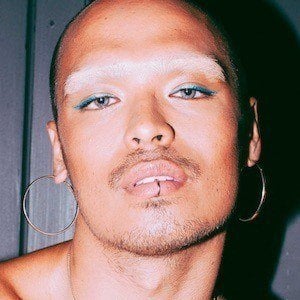 Pop singer and occasional model who finished 10th place on season 12 of The X Factor (UK). They've also performed a number of covers which can be seen on their personal YouTube.

Moore attended a British American International school in Asia. They originally wanted to be a tennis player before pursuing singing.

Moore moved from Sydney, Australia to London, England after originally growing up in Indonesia and Thailand.

Moore realized they wanted to sing after performing his father's favorite song "Tears In Heaven" at a school show. They identify as genderfluid.

Moore competed against Mason Noise on The X Factor UK.

Seann Miley Moore Is A Member Of