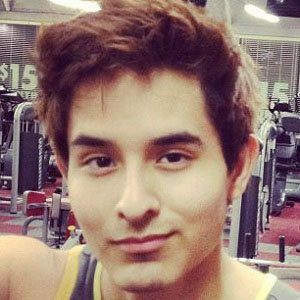 Born Benjamin Brian Castro and better known to his online fans as Sebastian Castro, this actor and YouTube star is most well known for his viral music video, "Bubble," in which he revealed to his fans the fact that he is gay. He is also well known for his starring role in a 2013, Hong Kong-produced film titled Voyage.

He joined YouTube in late 2011, a few years after briefly attending the Savannah College of Art and Design.

Born to a family of Peruvian and Japanese descent, he spent his youth in Long Island, New York. His parents, a pair of Jehovah's Witnesses, disowned him after he came out to them in his late teens.

He and fellow web star Connor Franta both came out to their fans in YouTube videos.

Sebastian Castro Is A Member Of