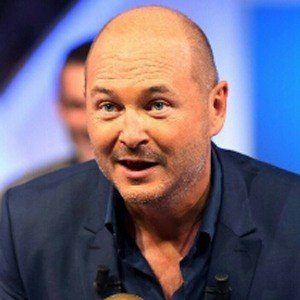 Well known mononymously as Cauet, he is a French radio and television personality whose TV program credits include La Méthode Cauet and Bienvenue chez Cauet. He hosted the radio show Le morning de Cauet from 2001 to 2009 and began hosting a new radio show called C'Cauet in 2010.

He founded Cauet Groupe in 2003, renamed as Be Aware Groupe at a later date.

His full name is Sébastien Cauet Jean Maurice, and he was born in Saint-Quentin, France.

Sia performed her song "Chandelier" live on his show C'Cauet.

Sebastien Cauet Is A Member Of