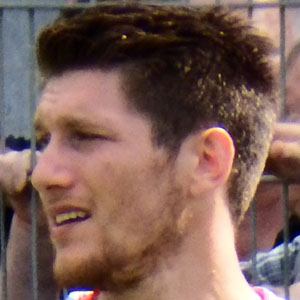 Belgian-born soccer player known as a left back for clubs like AZ and West Bromwich Albion. He made his international debut for Belgium's Under-16 squad in 2002.

He won Eredivisie and Johan Cruijff Shield titles with AZ in 2009.

His parents are of Italian descent.

He has played with Irishman Chris Brunt at West Bromwich Albion FC.

Sebastien Pocognoli Is A Member Of