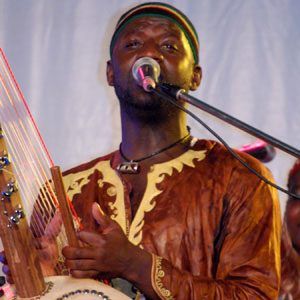 Kora player who was a drummer in the music group Baka Beyond, and later formed the Seckou Keita Quartet in 2004. He was once nominated for a prestigious BBC World Music Award in 2001.

He began performing internationally in 1996.

He was nominated for a BBC Radio 3 World Music Award in 2001.

His uncle was his mentor in the beginning of his music career.

He was born in the same country as singer Baaba Maal.

Seckou Keita Is A Member Of