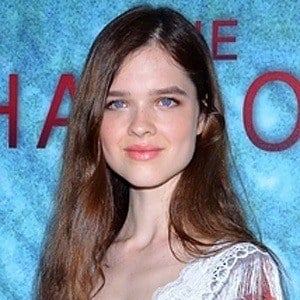 Model and actress who rose to fame after appearing as actress Blake Lively's sister in the surf drama The Shallows. She has also been featured as a model in publications such as InStyle, The Fashion Journal, WWD, and Models.com.

Her mom put her in acting classes at the age of 6 and she instantly fell in love with drama.

She received a scholarship to the prestigious performing arts school McDonald College. She also won the Anne McDonald Scholarship for acting.

She was born in La Jolla and raised in Carlsbad, California. She relocated to Sydney, Australia when she was 11. She grew up surfing and holds dual citizenship in both the U.S. and Australia.

She had been a fan of Blake Lively from her film Age of Adaline before working with her.

Sedona Legge Is A Member Of