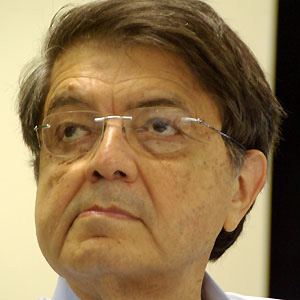 Nicaraguan intellectual and writer who served as Daniel Ortega's Vice President from 1985 to 1990.

He attended the Universidad Nacional Autónoma de Nicaragua of León, and went on to head the "Group of Twelve," an intellectual collective.

He was leader of the National Assembly's Sandinista block in the early 1990s.

He married Gertrudis "Tulita" Guerrero Mayorga, with whom he raised three children.

Both Ramirez and Humberto Ortega were affiliated with the FSLN.

Sergio Ramírez Is A Member Of