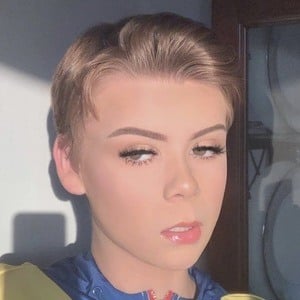 Beauty and makeup enthusiast as well as comedic personality on the web who became best known for his sethobrien TikTok account. He has accrued more than 3.5 million fans.

Before creating an Instagram account with the same username as his TikTok, he was known on the platform as Glambyseth.

He has shared makeup tutorials on Instagram, and has shared the products used in the captions of the pictures and videos.

He has a sister named Juliana Obrien.

He has used songs by Drake, Iggy Azalea, Taylor Swift and other popular artists for his TikTok videos.

Seth Obrien Is A Member Of