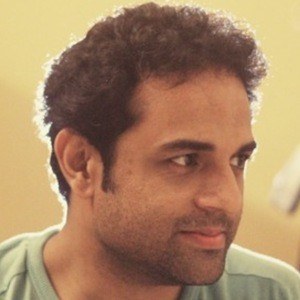 Indian music composer and singer who is known for composing a range of soundtracks for different Malayalam films. He is most recognized for composing the films Malarvaadi Arts Club, Thattathin Marayathu, and Thira.

His career in music began as a singer when he released his album Coffee at MG Road in 2008. He made his film composing debut the following year when he worked on the film Ee Pattanathil Bhootham.

He won the South Indian International Movie Award for Best Music Direction for his work composing the film Thattathin Marayathu in 2012.

He was born and raised in Thalassery, Kerala, India. He married Zaira in October of 2009 and together they had a son named Rayan.

He is known for having collaborated and worked alongside fellow artist Vineeth Sreenivasan on both his musical projects and his first feature film Malarvaadi Arts Club.

Shaan Rahman Is A Member Of