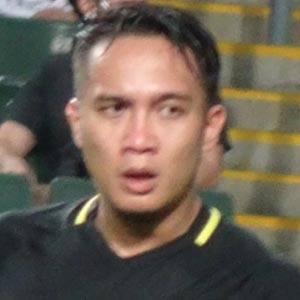 Centre and right back who made his international debut with Malaysia in 2011. He has competed for Malaysian clubs like Kuala Lumpur and Selangor FA, having won the Malaysia Cup with the latter in 2015.

He began playing soccer at age 7. He joined the Kuala Lumpur youth academy in 2004.

He has three siblings. His mother was his soccer coach early in his life.

He and Zac Anderson both played for PKNS.

Shahrom Kalam Is A Member Of