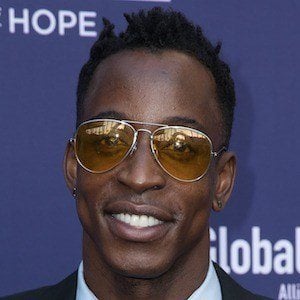 Fitness model, writer, and competitor recognized best as the host of Black Hollywood Live's Fit Club and Justice Is Served. He has also been featured in magazines like Muscle & Fitness and IronMan Magazine. He has also been a contributing writer for RX Muscle and Muscle Prodigy.

After graduating from Princeton University and George Mason School of Law in 2011, he moved to Los Angeles to pursue acting and fitness.

He has appeared in episodes of Disney's Pair of Kings and The Ellen Show.

He originally hails from Miami, Florida. He attended school in Princeton, New Jersey and Arlington, Virginia before moving to Los Angeles.

Both he and Megan Thomas have been hosts for Black Hollywood Live.

Shaka Smith Is A Member Of