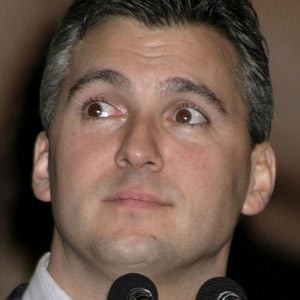 CEO, businessman, and wrestler who is the son of WWE co-founder Vince McMahon. He won a European Championship and Hardcore Championship during his wrestling career.

He worked for his father's wrestling company.

He retired from the WWE after working there for 20 years.

He married Marissa Mazzola in 1996 and has three sons: Declan James, Rogan, and Kenyon Jesse.

His sister is Stephanie McMahon and he's the brother-in-law of star wrestler Triple-H.

Shane McMahon Is A Member Of