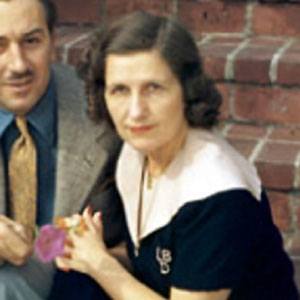 Illustration artist and wife of Walt Disney who was credited with naming the famous Mickey Mouse character. She was married to Disney from 1925 to 1966.

She grew up on the Nez Perce Indian Reservation before meeting her husband and adapting to the Hollywood lifestyle.

She married John L. Truyens after Walt Disney passed away in 1966. She had two daughters, Diane and Sharon.

She was a sister-in-law to Roy O. Disney, who handled most of the business side of Disney Studios.

Lillian Disney Is A Member Of