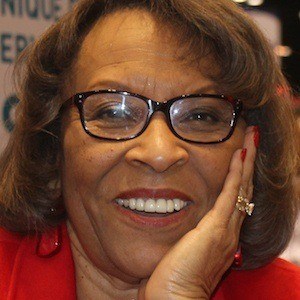 Author of the successful Jericho Trilogy and the popular Ziggy series. She is perhaps best known for her 2001 novel Darkness Before Dawn.

She graduated from Pepperdine University in Malibu, California.

She received a 1997 Coretta Scott King Award for her novel Forged by Fire.

She grew up in Cleveland, Ohio and later settled in Cincinnati. She married Larry Draper.

She was a speaker at the National Book Festival, an event established by First Lady Laura W. Bush in 2001.

Sharon Draper Is A Member Of