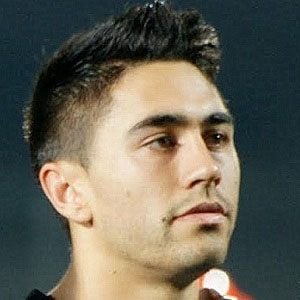 Rugby league halfback who began playing for the New Zealand Warriors in 2011 and made the 2013 Rugby World Cup Final with the New Zealand national squad. In 2014, he received the Rugby League World Golden Boot Award as the world's best player.

He played basketball, rugby union, and Australian rules football as a child and attended Orewa College in Auckland, New Zealand.

He has three brothers. His father is Paul Johnson.

He has been teammates with Simon Mannering on the Warriors as well as the New Zealand national team.

Shaun Johnson Is A Member Of