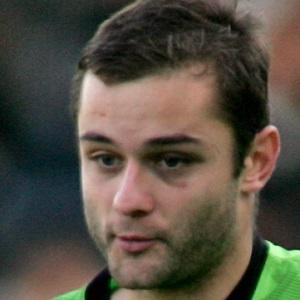 Attacking midfielder who joined Wigan Athletic in 2011 after three seasons with Celtic FC and as season with Aston Villa; became a member of the Scottish national team in 2005.

He played soccer and tennis from an early age, eventually narrowing his focus to just soccer and joining the Celtic youth system in 1999.

He grew up in Sarawak, Malaysia, and moved to his mother's hometown of Aberdeen, in Scotland, at age of 5.

Leighton Baines ended his career with Wigan Athletic a few years before Maloney joined the team.

Shaun Maloney Is A Member Of