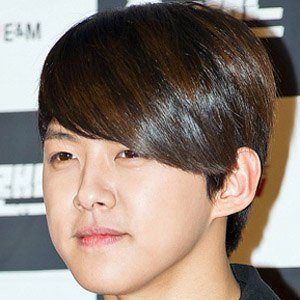 South Korean pop star best known as a member of the boy band U-KISS. He has since tried his hand at acting, starring in the 2012 film Don't Cry Mommy.

He graduated from Hanrim Entertainment Arts School before being chosen by NH Media to be a member of U-KISS.

He has appeared as himself on numerous reality shows, including Idol Maknae Rebellion.

He co-starred with fellow singer and actor Jay Park in the 2011 film Mr. Idol.

Shin Dongho Is A Member Of