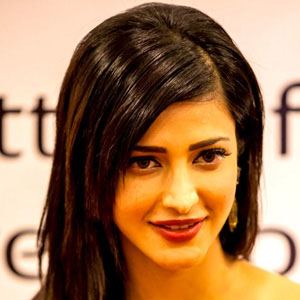 Indian actress and singer who gained fame for her role in the hit Bollywood film Dabangg. She also stars in the films Anaganaga O Dheerudu, Oh My Friend and 7th Sense.

She was a child artist who made her debut in the 2009 drama Luck.

She became the lead vocalist of the rock band The Extramentals.

She co-stars with Siddharth in the 2011 Telugo fantasy-adventure film Anaganaga O Dheerudu.

Shruti Haasan Is A Member Of