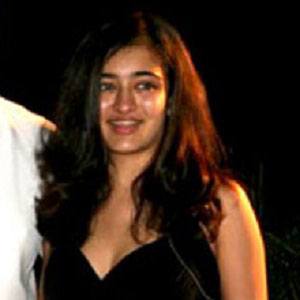 Famous for her work in the Tamil and Bollywood film industries, Haasan made her big screen acting debut in the 2015 feature Shamitabh. As an assistant director, she worked on the films Vishwaroopam, Society, and Kadal.

Before becoming involved in the Indian entertainment industry, she attended The International School of Bangalore.

She was cast as Geeta Phogat in the 2016 Hindi film Dangal.

The daughter of actor, director, and singer Kamal Haasan and actress Sarika Thakur, she grew up in Chennai and Mumbai, India. Her older sister, Shruti Haasan, also had a successful acting career.

She shared the screen with Tamil film star Dhanush in the 2015 Hindi movie Shamitabh.

Akshara Haasan Is A Member Of