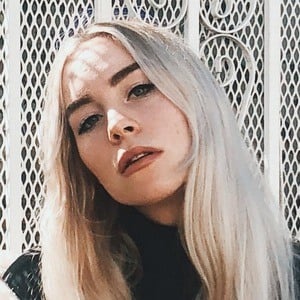 Songwriter and recording artist who became well known for singing and co-writing the Mike Perry song "The Ocean" which became the #1 song in Sweden. Her other songwriting credits include "All We Know" by The Chainsmokers and "Taped Up Heart" by KREAM.

She wrote a song called "Perfect Touch" for Josh Philips which was released in late 2015.

Her song "The Ocean" was nominated for "song of the year" by the Swedish Grammys.

Her real name is Sara Hjellström. She has a brother and her mom's name is Christina. She works with her romantic partner Södra Station.

Phoebe Ryan was featured as a vocalist on the song "All We Know" by the Chainsmokers which she wrote.

Shy Martin Is A Member Of