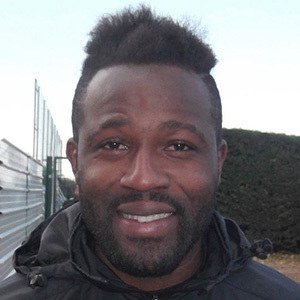 Left back who has risen to fame for his international club career, including for Paris Saint-Germain between 2010-2013. He contributed to the club that won the 2012-2013 Ligue 1 title.

He played in the ASEC Mimosas youth soccer academy. He debuted for the club's senior squad in 1999.

He led the Ivory Cup national soccer team to the 2015 Africa Cup of Nations title. He played for Montpellier between 2013-2015.

He was born and raised in Abidjan, Ivory Coast.

He played alongside Thiago Silva for Paris Saint-Germain.

Siaka Tiene Is A Member Of