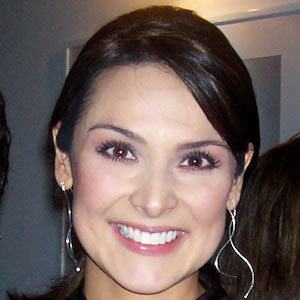 TV presenter, journalist, and lawyer who's known for joining the team of Canal Uno's Noticias Uno in 2011. She won several awards such as the 2006 Orchid Award and the 2014 India Catalina Award for Best News Presenter.

She studied law at the Autonomous University of Bucaramanga. After graduating, she worked as a radio host for the Industrial University of Santander's station.

She was the runner-up in the beauty contest Señorita Santander in 1995.

Her parents are Mario Corzo and Irene Pinto. She had a son named Pablo from her marriage with Hernando Toro.

She hosted En Vivo with Ismael Cala in Miami in July 2017.

Silvia Corzo Is A Member Of