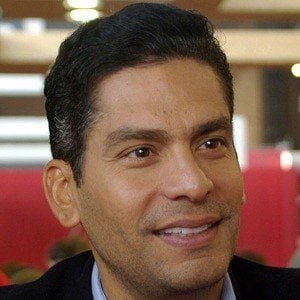 Journalist who is widely known for his time on CNN en Español as host of Cala. He has also appeared on Univision's Wake Up America and The Nancy Grace Show on HLN.

He earned his degree in art history from Universidad de Oriente. He later earned a second degree from York University in 2003 in journalism.

He worked as a producer and host for Despierta América in the early 2000s. In 2016, he had his fourth book, El analfabeto emocional, published.

He was born and raised in Santiago de Cuba, Cuba.

He has interviewed a litany of Spanish-language celebrities during his time as host of CNN en Español's Cala, including Yuri Canseco.

Ismael Cala Is A Member Of