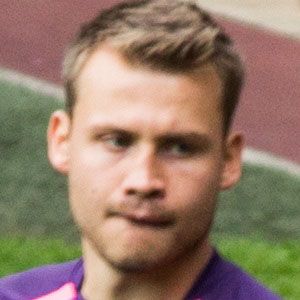 Goalkeeper who debuted for the Belgian national team in 2011 and joined Liverpool in 2013 after three seasons with Sunderland.

He began his youth career with Sint-Truiden in 2004.

He scored a goal on a penalty kick while playing for Sint-Truiden's senior team.

His father Stefan Mignolet raised him in Sint-Truiden, Belgium. He married Jasmien Claes in 2015.

He became teammates with striker Daniel Sturridge on Liverpool.

Simon Mignolet Is A Member Of