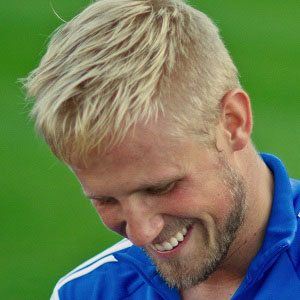 Goalkeeper who debuted in 2004 for Manchester City and became a member of Denmark's national team in 2013. He is also a member of Leicester City F.C.

As a member of Manchester City from 2004 to 2009, he was loaned to five different teams.

He married Stine Gildenbrand, and has both a son and a daughter with her.

While at Leicester City, he played for - and was praised by - manager Nigel Pearson.

Kasper Schmeichel Is A Member Of