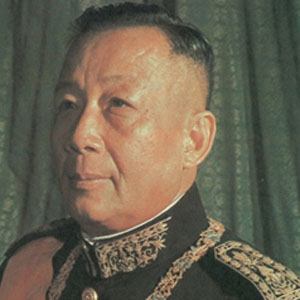 Former King of Laos who reigned over the country from 1959 until the takeover by the Pathet Lao in 1975. He was sent to an interment camp by communist authorities in 1977 and he died there several years later.

He briefly unlearned the Laos language while studying in France from age 10 to 20.

He was the last King of Laos, as the position would be abolished in 1975.

He replaced Sisavang Vong as the King of Laos in 1959.

Sisavang Vatthana Is A Member Of