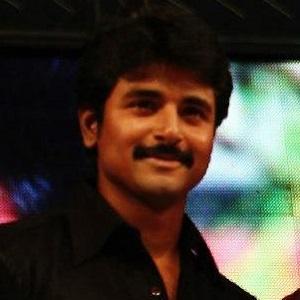 TV presenter and actor in the Tamil film industry known for hosting TV shows like Jodi Number One and Adhu Idhu Edhu. He won the Vikatan Award for Best Anchor for his hosting job on the fifth season of Jodi Number One.

He first entered the public consciousness after appearing on the comedy reality show Kalakka Povathu Yaaru.

He has a Bachelor degree in Computer Engineering and an MBA.

He married Aarthi in 2010 and he has a daughter named Aaradhana.

He has hosted the Vijay Awards, where Santhanam has won multiple times for Best Comedian.

Sivakarthikeyan Is A Member Of