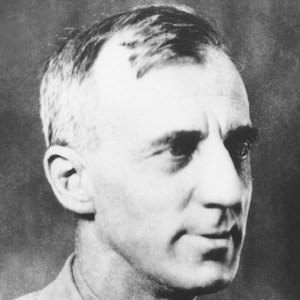 Decorated U.S. Marine who was an outspoken opponent of American overseas military intervention.

He took part in the Boxer Rebellion in China and was awarded the Brevet Medal and two Medals of Honor.

He began to hold pacifist political views during the 1930s, and he published a well-received book that criticized the military-industrial complex.

He had three children with his wife, Ethel Conway Peters.

Mark Hatfield was another war veteran whose experience led him to become a pacifist.

Smedley Butler Is A Member Of