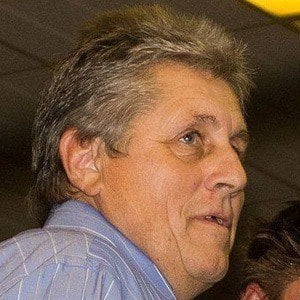 Canadian-American Wrestling Hall of Famer who is best remembered for his work with Stampede Wrestling as well as appearances in the WWE. He is also famous for having been a member of the legendary Hart family of professional wrestlers.

He debuted with Stampede Wrestling in 1973. Early in his career, he wrestled for Puerto Rico's World Wrestling Council as well as promotions in countries like Germany, Japan and the Netherlands.

He opened the Hart Brothers Wrestling School in Cambridge, Ontario, where he trained wrestlers like The Highlanders.

He was the son of Stampede Wrestling founder Stu Hart. He had 11 siblings, including wrestlers Bret and Owen Hart. He had 5 children.

He helped his brother Bret defeat Vince McMahon in a No Holds Barred match at Wrestlemania 26.

Smith Hart Is A Member Of