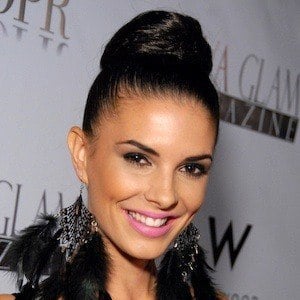 Television personality and former model most famous for her hosting work with the Slovakian television network Televízia JOJ, most notable the show Top Star. She was crowned Soňa Skoncová in 2009.

She grew up in Prievidza, Slovakia. Her modeling career began while she was living in Japan.

She created her own personalizable accessory company called I Love Kuku.

She married Matthew McRae in August 2017.

She appeared with Sacha Baron Cohen on the red carpet for his movie The Dictator (2012).

Sona Skoncova Is A Member Of