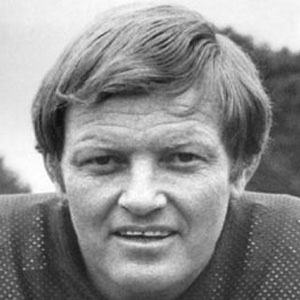 Hall of Fame quarterback who threw for over 32,000 yards in his 18-year career spent with the Philadelphia Eagles and Washington Redskins. He was named to 5 Pro Bowls and led the NFL in passing yards 5 times.

He was a tennis champion and city baseball title winning pitcher before high school.

At Duke University, he also briefly played baseball and he was offered a spot on the basketball team as well.

He led the NFL in pass completions and completion percentage in his first year under legendary coach Vince Lombardi.

Sonny Jurgensen Is A Member Of