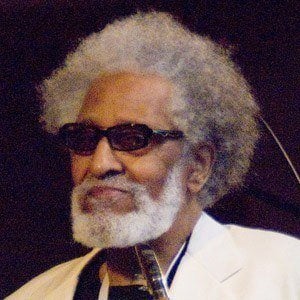 Grammy Award-winning performer, composer of many well-known jazz standards like "St. Thomas" and "Doxy." He is considered a jazz great.

He played in a jazz band in high school and worked on his first recordings in 1949, going on to collaborate with Miles Davis and other famed musicians.

He collaborated with Max Roach on many projects over the years.

Sonny Rollins Is A Member Of