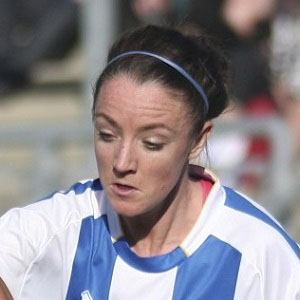 She played youth soccer for the Hove Park Rangers Girls.

She played in the 2013 Summer Universiade women's tournament.

She was born in Brighton, England.

She joined defender and midfielder Diane Caldwell on the Irish women's national team in 2012.

Sophie Perry Is A Member Of