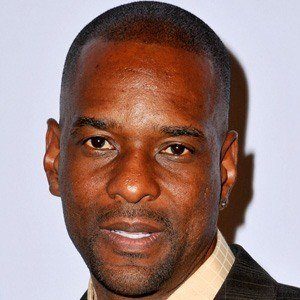 NBA's 'plastic man' was known for his ability to stretch to seemingly impossible lengths.

He was a standout player at UNLV, earning three straight NABC Defensive Player of the Year awards.

His nickname was set in stone shortly after announcement of his draft, when Bill Walton remarked 'Russell begat Kareem, Kareem begat Magic, and so Magic has begat the Plastic Man.'

He was born in Pasadena, California.

He was inducted into the UNLV athletic hall of fame in 2002, the same year as Larry Johnson.

Stacey Augmon Is A Member Of