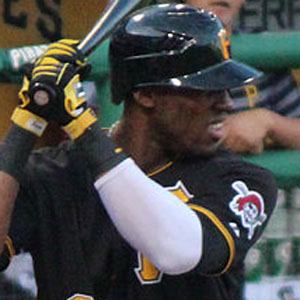 Speedy outfielder known for his well-rounded game who made his MLB debut for the Pittsburgh Pirates in 2012.

The Pirates signed him as an amateur free agent in 2007.

He was raised by his grandmother after his mother died when he was just ten years old. He married Noelia Marte; they have two children.

He and pitcher A.J. Burnett both joined the Pirates in 2012.

Starling Marte Is A Member Of