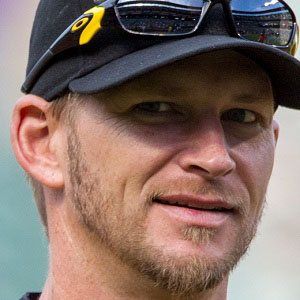 Star MLB pitcher who began his career with the Florida Marlins in 1999. He won a World Series Championship with the New York Yankees in 2009 and helped the Pittsburgh Pirates break their 20-year playoff drought in 2013.

He married Karen Burnett in 2005 and he has two sons named Ashton and Allan.

He played alongside star shortstop Derek Jeter on the Yankees.

AJ Burnett Is A Member Of