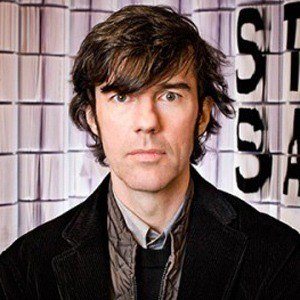 Graphic designer behind Sagmeister & Walsh Inc. with Jessica Walsh. He has designed album covers for musicians like Lou Reed, OK Go, and The Rolling Stones.

He studied graphic design at the University of Applied Arts Vienna before receiving the Fullbright Scholarship to study at Pratt Institute.

He received a Grammy Award in 2005 for Best Boxed or Special Limited Edition Package for the Talking Heads' Once in a Lifetime boxed set.

He created The Happy Film in response to the death of his mother and the breakup of his girlfriend of 11 years.

He has designed album covers for David Byrne and Brian Eno.

Stefan Sagmeister Is A Member Of